Many of behaviors in humans and animals are expressed as different kinds of locomotion movements: walking, jogging, dancing, swimming, etc. On the one hand, locomotion is a highly automatic movement. The neural mechanisms, which determine the order of muscular contractions and the coordination of limb movements during locomotion resides in the spinal cord. On the other hand, the spinal mechanism lacks the distant information about the outside world and the information about the purpose of locomotion. However, the basic pattern of locomotion may have numerous volitional variations, which allow for adaptations to the peculiarities of the environment and to the changing needs of a subject. This is possible due to the involvement of the higher brain motor centers. For example, when walking in natural habitats, humans and animals must control the transfer and placement of their feet precisely in order to avoid obstacles and irregularities. It is the activity of supraspinal, higher brain centers that modifies locomotion based on visual information.

The overall aim of this project of Dr. Beloozerova is to understand the neuronal mechanisms of the forebrain that are involved in adaptation of locomotion to the visually perceived features of the environment.

In our experiments, we test subjects during simple over-ground walking on an even surface when locomotion can proceed successfully even in dark or with closed eyes and during walking along a horizontal ladder where vision is required for an accurate foot placement on the cross-pieces. We record kinematics and dynamic parameters of limbs, head, and body movements, the activity of limb muscles, and the neuronal activity of motor and parietal cortices, and motor thalamus. We then compare body mechanics, the activity of muscles, and the activity of brain areas in these two tasks and reveal the parameters, which are associated specifically with stepping under visual control.

In the analysis of biomechanics of complex locomotion behaviors we collaborate with the laboratory of Dr. Prilutsky at the Georgia Institute of Technology, Atlanta, GA. Together we conduct experiments in Phoenix during which we record whole-body kinematics and dynamics of subjects while they walk along a cluttered pathway, along series of elevated platforms, or along a narrow strip. We also record the activity of the motor region of the cerebral cortex the same time. Some of these measurements are then repeated in where more advanced equipment for biomechanical recordings and analysis is available.

Brad Farrell from the Georgia Institute of Technology has actively participated in these studies for about 2.5 years since he was an undergraduate student. In the fall of 2006, Brad has started his graduate studies in the PhD program of the at Georgia Institute of Technology; research advisor Dr. Prilutsky, co-advisor Dr. Beloozerova. Brad’s research is focusing on the mechanisms of precise stepping. He defended his Ph.D. on October 29, 2012 and is currently an Assistant Professor in the Department of Physical Therapy, Georgia State University, Atlanta, GA.

See our free to download publications on this topic

See all our publications on this topic

Explore literature on control of locomotion at PubMed 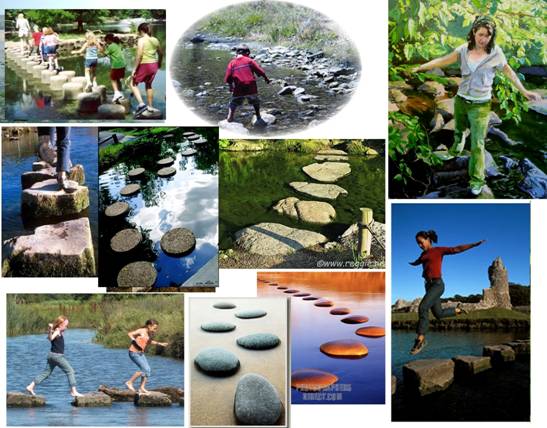